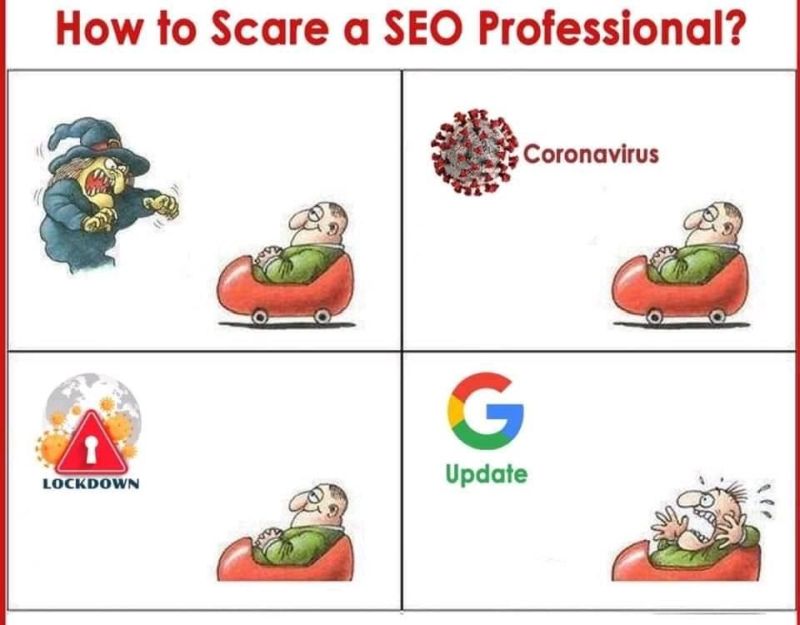 Few things in the world can strike fear into the heart of an SEO like the words “core algorithm update” do. For some, that means their site and rankings will go flying up higher than they’ve ever been before. For many others, though, it means that they are about to see a lot of hard work go right down the drain. Hopefully only temporarily, but it’s always possible that these effects last long term. Google has now changed what they think are the best ranking factors for websites in the search results. For months, or perhaps even longer, ensuring consistent rankings and results has been done one particular way, and now we have the pleasure of trying to figure out what new methods and tactics Google is going to respect and reward the most.

So before we go into that, let’s look at a couple of cases of how a Google algorithm has immediately affected some local businesses that we have seen directly.

We had been consistently ranking on page 1, top 5-10 positions across the board with this site for all target keywords. We hadn’t been able to beat out the directory sites (Those large entities like Yelp, HomeAdvisor, etc.) before this update, but we were always the first actual business you would find for our desired keywords.

Post-update we are now ranking number 1 across the board, beating out all of those directories that we never could pass before, and everyone else for that matter.

This is a best-case scenario post-update, something in the algorithm changed, which worked out massively in favor of our client and gave them a fantastic rankings boost, enough to get them up to the top where we wanted them. This is not always, nor even often, the case, though, so do be aware of that. 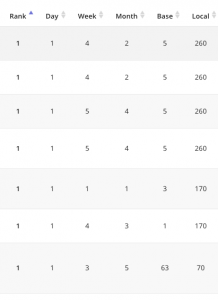 With every site that moves up in the rankings, another has to move down accordingly. This is, of course, the worst-case scenario. At one point in time, we had one client ranking up on the first page with general movement in the upward direction over the past 60 days. All things were looking very promising, and when Google decided to change something in their ranking algorithms. Our highest-ranking term is now outside of page 2, just like that. We had been following all of the best practices and done everything correctly to move them up as evidenced by their “base” number, which is where they rank when we first put them into our tracking software, and the “month,” which is their highest ranking over the past month. That’s scary to see for an SEO or business owner alike. But it’s not something that can’t be resolved with a little bit of research and hard work! 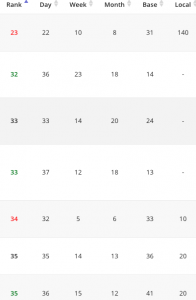 What We Do Post-Update to Keep You Ranking High

Typically right after an update occurs, we take a couple of days to let things settle down and study which sites moved up and down, then start taking a deep dive into those to see if we can indicate what may influence the ranking change. We also look into all of our online resources like forums to see what other SEO experts say and how changes affect them. After we’ve gone through and performed some of our case studies and on-site testing to learn what Google is now looking for, we take this knowledge and apply it both as we see rankings change in real-time and need to reach into our overall long-term SEO strategy across the board. If you aren’t continually tweaking your strategy as time goes on, you are falling behind quickly. Far more often than not, with a little bit of tweaking, we get these sites ranking right back where they were before, if not even higher.

As soon as we notice rankings taking a dip anywhere, we step into action, looking at anything that could be causing it and try to address it. We only use white-hat techniques when working to rank websites. All too often in the past, Google has cracked down on even remotely grey-hat techniques, and we’ve seen competitor sites fall entirely off of the rankings, so we do not risk our client’s rankings with that. Using only white-hat techniques is precisely what saves us from having so much headache with these Google updates generally. We aren’t doing anything under the table that they may not approve of, so we don’t have nearly as much to worry about as all of those companies out there whose rankings rely solely on ranking techniques not endorsed by Google. If it’s bad enough, Google won’t even hesitate to blacklist your site outright from ranking on their search engine, and that is a terrible day.

Need help adjusting to those pesky Google algorithm updates?  We can help.  Contact Edge Digital at 919-726-4366 and see what our experts can do for you.

Phillip Worrell, SEO Manager
You can have the best website out there, but if no one sees it, what good is it? Phillip is our go-to guy for getting our SEO clients’ websites seen by more potential customers. Phillip uses everything from link building & keywords to metadata and more to get results!

Free eBook: 25 Traffic Hacks to Double Your Website Traffic in 2020